There are numerous historical mines throughout the project area including the Cactus copper-gold-silver deposit, the Imperial skarn copper-zinc deposit and the Horn Silver Mine, a historical high-grade lead-zinc-silver producer.  The area is prospective for porphyry, skarn and carbonate replacement copper deposits, lead, zinc and precious metal deposits plus breccia hosted copper-gold-silver deposits.

Since 2019, Frisco has been under a farm-in agreement with Kennecott Exploration Company (KEX), a Rio Tinto group company.  The farm-in consists of a series of options to earn a 70% interest in the project through expenditure of US$30 million over 10 years with Stage 1 expenditure of US$6.0 million to earn a 55% interest.

KEX is drilling the Copper Gulch prospect at  Frisco.  Copper Gulch is a 1,500m long by 500m wide magnetic and copper geochemistry anomaly which lies approximately 500m southwest of the historical Cactus copper mine.   Past KEX and Alderan drilling at Cactus includes intersections of 41m @ 1.9% Cu, 0.62g/t Au and 32m @ 1.2% Cu, 0.3g/t Au in tourmaline breccias.

KEX identified the Copper Gulch target following in-house processing and modelling drone (UAV – unmanned aerial vehicle) orthophoto and magnetic data collected over the Frisco project area in 2021 plus field inspections and review of historical core from holes drilled on the margins of the target.  The aerial surveys covered the majority of Sawmill Canyon, which hosts Cactus, in greater detail than previous aerial surveys with a total of 21.5km2 flown for magnetics at 25m line spacing.  It aimed to identify new magnetic targets and provide better resolution of existing targets.

Copper Gulch the magnetic anomaly becomes better defined at depth where a prominent magnetic high is circled by mag lows (see Figure 2).  Historical surface rock samples contain anomalous copper and KEX surface mapping has identified mineralised and phyllic altered porphyry dikes. The anomaly has a similar NW-SE trend to other structures observed including the Sawmill Canyon which hosts a number of copper and gold-rich tourmaline breccia pipes including Cactus.

Three historical holes have been drilled peripheral to the magnetic high anomaly.  A KEX review of drill core from these holes identified potassic alteration and tourmaline breccias plus copper and molybdenum mineralisation in veinlets and along fractures typically associated with porphyry deposits.   The most significant mineralised intercept was 30m @ 0.2% Cu from 640m downhole. The observations support the concept of a porphyry centre occurring below a large magnetic low.  The magnetic lows surrounding the magnetic high are interpreted to represent potential Cactus tourmaline breccia type targets.

KEX has planned one hole to a depth of 500m to test the magnetic anomaly, with potential for a second hole pending positive results. KEX’s first hole is expected to be completed in July with assays likely by early Q4, 2022.  The results of the drillhole will be awaited before a decision is made on whether a follow-up hole is warranted. 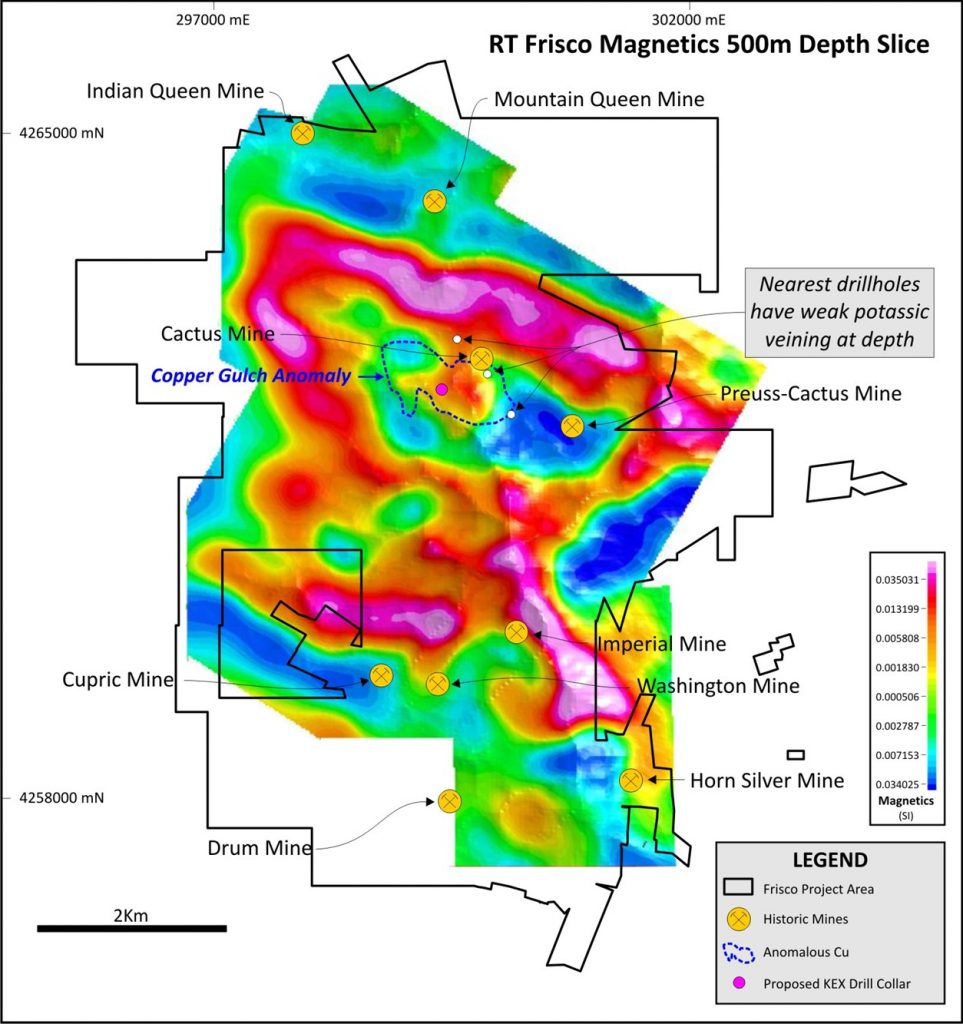 Depth slice 500m from surface of the Frisco reduced-to-pole magnetics highlighting the Copper Gulch target which is defined by a magnetic high and coincident anomalous copper zone southwest of Cactus.

Exploration at Frisco has centred in and around the Cactus intrusive stockwork which is a multiphase intrusive consisting of granites, granodiorites and monzonites which are cut by later dykes and northwest-southeast trending faults. Past exploration by Alderan and the 2020 nine-hole drilling programme by KEX focused in the Cactus Canyon area and the Accrington Zone, immediately southeast of the Imperial Mine, in the south. Area of KEX drone magnetic survey and drillholes at Frisco.

KEX completed UAV (drone) orthophoto and magnetic surveying over the Frisco project area in June 2021. The orthophoto survey enabled the development of a high-quality digital elevation model to enable safe low altitude flying of the magnetics survey in rugged terrain. KEX collected 1,435-line kilometres of UAV magnetics data at a line spacing of 25m over an area of 34.4km2.

The magnetic survey identified the high priority Copper Gulch anomaly to the southwest of Cactus plus three magnetic low targets. In addition, it better defined known anomalies at Cactus and Reciprocity and east of the historical Mountain Queen mine in the Northern Carbonate zone. 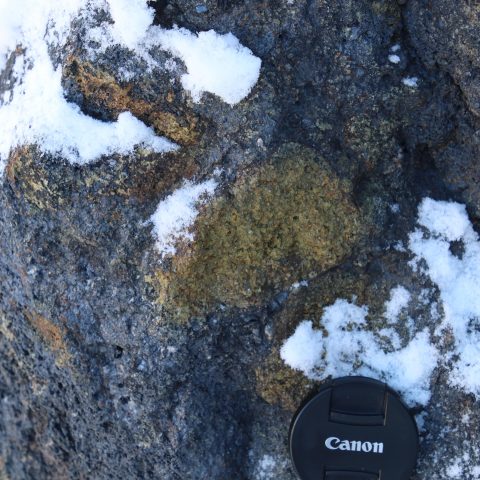 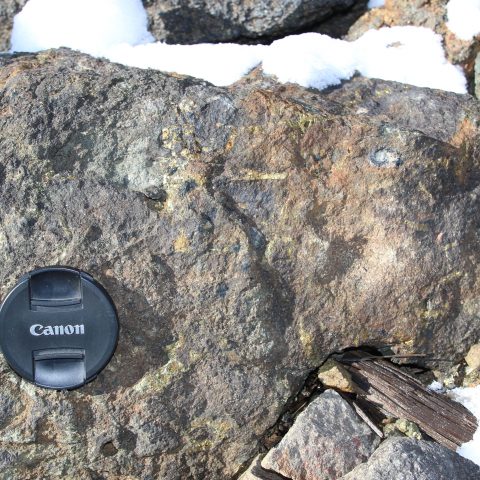 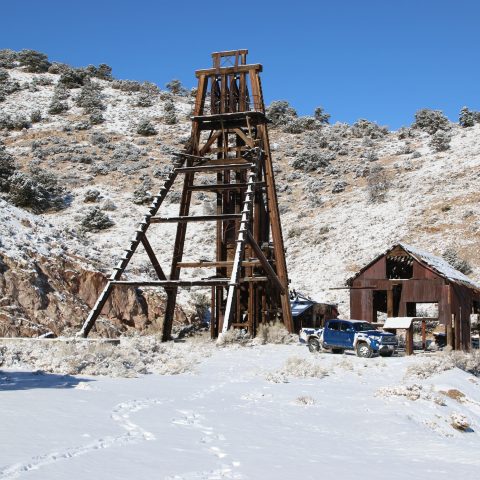 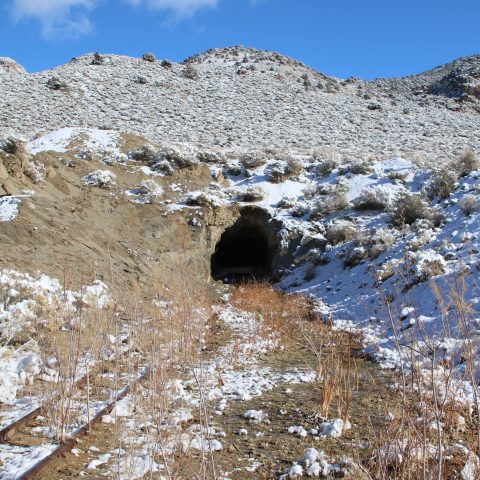 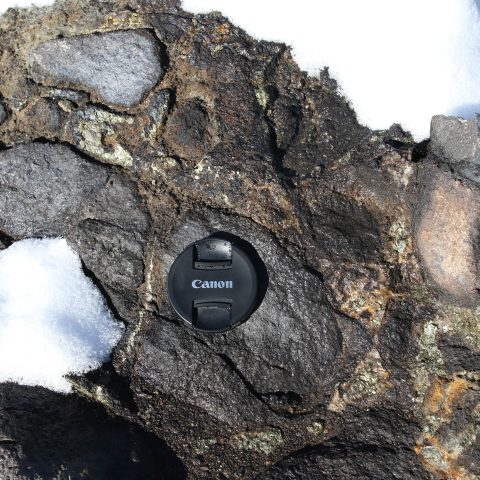 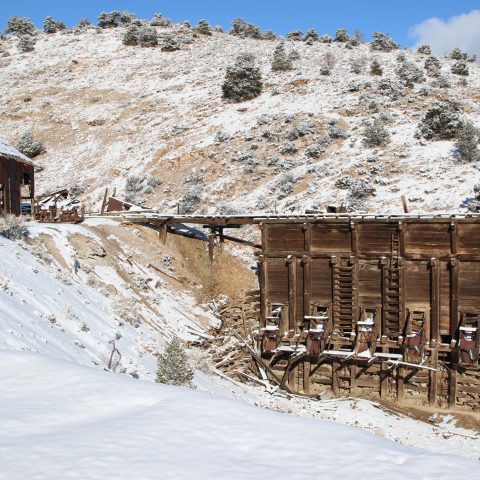