The Valley Crossroads project has potential for intrusive and skarn related copper-gold deposits.

It lies approximately 300km south-southwest of Salt Lake City near the town of Milford in Utah, USA. Alderan holds two tenements in its own right which lie to the north of Tamra Mining LLC’s copper mines that stretch from the OK deposit to the south. Alderan previously held an option over Tamra’s exploration tenements peripheral to and north of it’s mine leases. 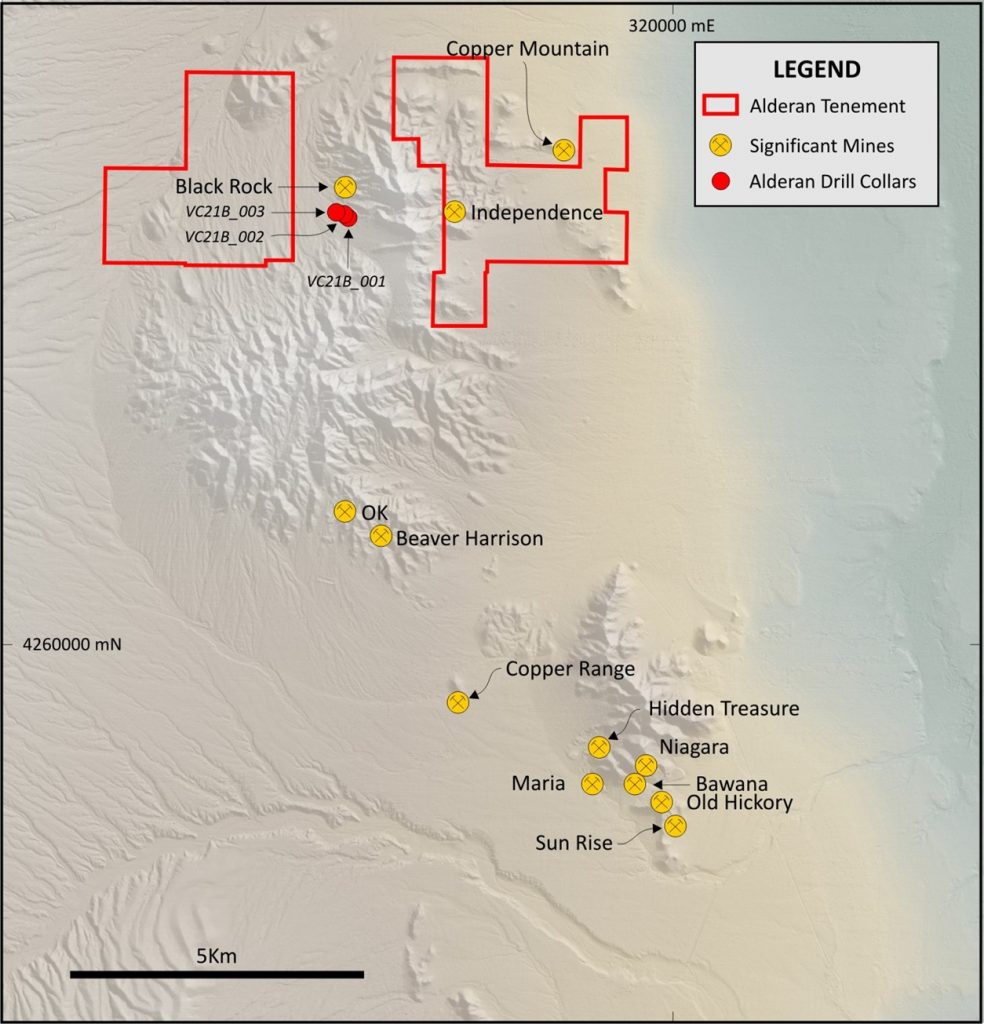 The geology of the Valley Crossroads area consists of thrust sheets of Cambrian and younger Palaeozoic sediments in the north. Tertiary volcanics occur throughout the area and are intruded by Tertiary monzonites, granodiorites and granites.

Most historical mines lie along 8km of strike in leases held by Tamra Mining LLC to the south of Alderan’s tenements.  The cluster in the south (Hidden Treasure, Niagara, Maria, Bawana, Old Hickory, Sun Rise) are all skarn related deposits while OK at the northern end of the trend is intrusive related.  Alderan’s tenement has potential for intrusive and structure related copper and gold deposits. 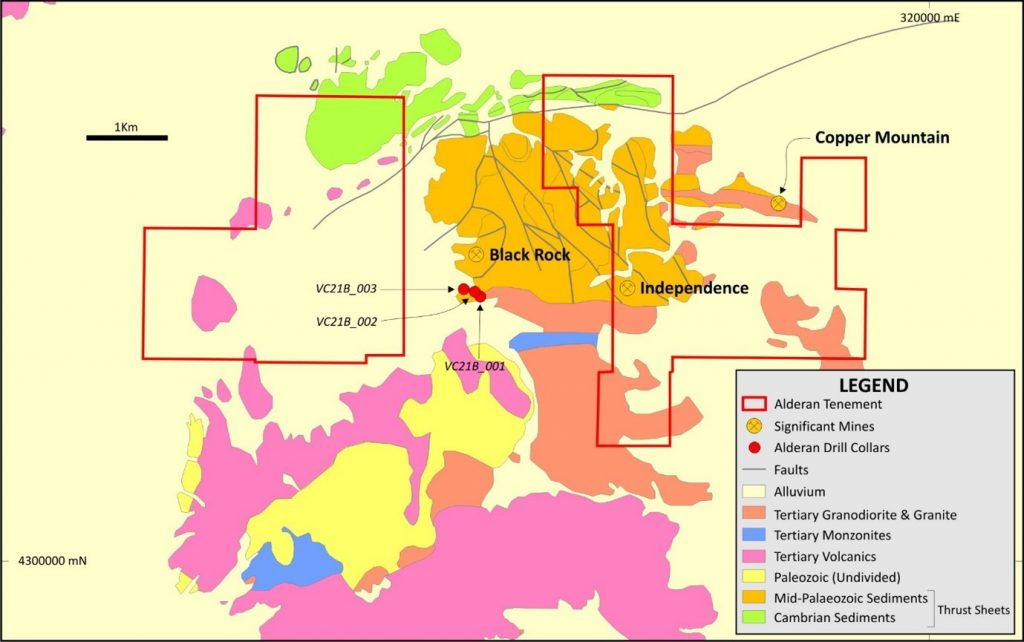 Alderan exploration at Valley Crossroads, including on tenements formerly optioned from Tamra, has entailed data compilation, geological reconnaissance, limited rock sampling and an airborne magnetic survey.  Three diamond holes were drilled at the Black Rock prospect to test anomalous copper in soils and rocks with a coincident magnetic anomaly.  No significant mineralisation was intersected.

At Independence, the company has 10.5km2 of unpatented lode claims and a State of Utah Metalliferous Lease.  Our exploration target is gold and copper mineralised skarns within an area that has seen small scale mining for over 100 years. 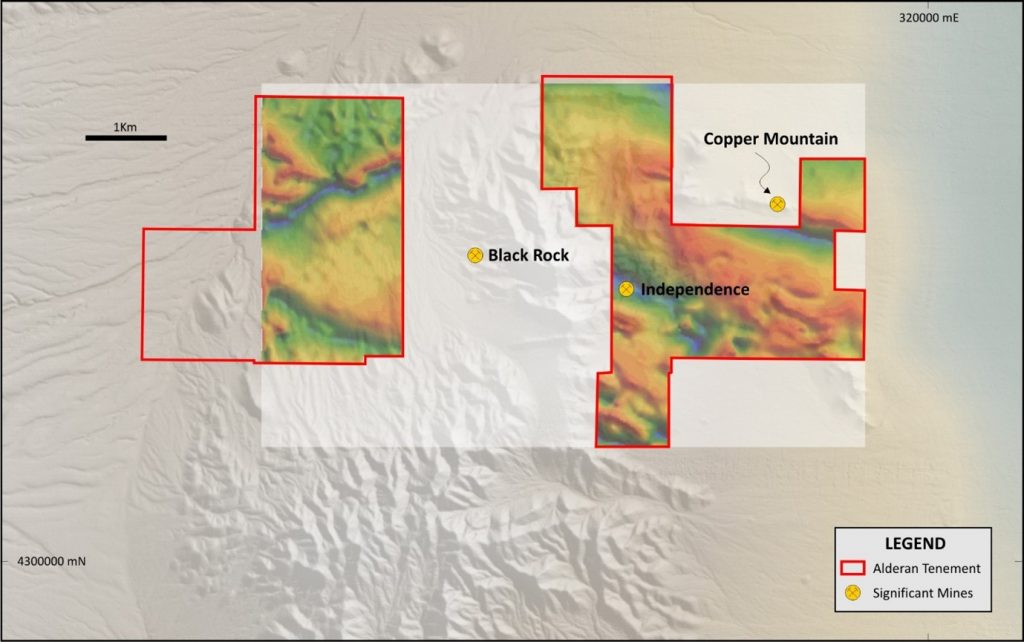